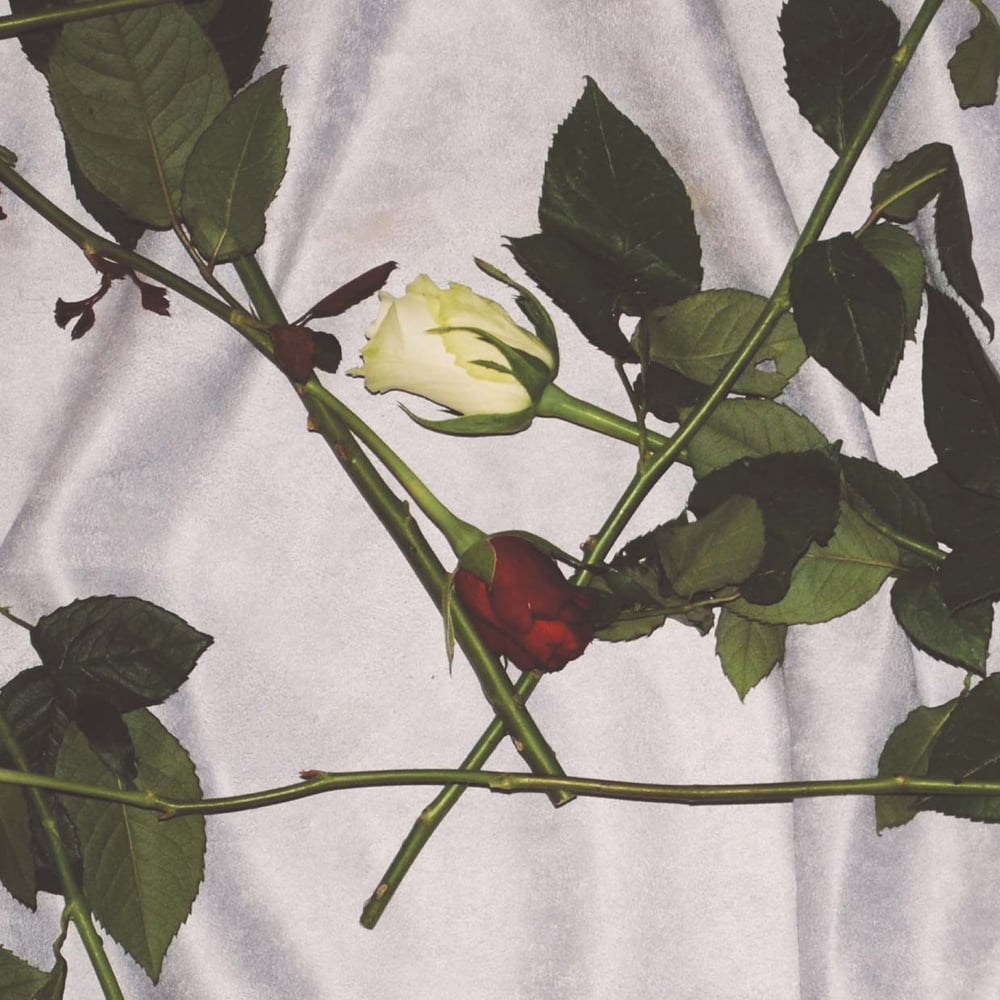 Emerging from the murk and dirt of their Cardiff city home, Chain Of Flowers have revealed their long-awaited debut album. Recorded at Monnow Valley Studios in Wales, Chain Of Flowers is a dense eight-track opus of heavy shoegaze sonics and urgent post-punk. The band’s razor sharp attention to classic songwriting nous means the record dips and dives between euphoric, hazy melody (‘Glimmers Of Joy’) and overwhelming gloom (‘Bury My Love’), all whilst retaining a breathless pace. Lead track ‘Crisis’ epitomises this frantic personality exquisitely, skirting between sludgy atmospherics and hardcore’s punchy immediacy with aplomb. The six-piece sowed their seeds through the release of six songs over the past three years (via the band’s own Swine Language tape label), cutting their teeth on dates alongside Iceage, Cremation Lily, The Fall, The Smear, Shallow Sanction, Eagulls, Nothing and more before decamping to Monnow Valley for the four-day session that spawned their debut LP. “We dropped ourselves into the middle of nowhere and hammered it out with next to no sleep available to us. The urgency and delirium of the situation helped us,” explains the band’s vocalist Joshua Smith. “Though we only had 96 hours in a studio to physically make it what we wanted, this record is the product of our last three years as a band and beyond that as individuals. We spent a lot of time in our space writing these songs and we’ve also spent a lot of time ironing them out through playing as and when and wherever we have been able to. ”Mixed over six months by New York-based Ben Greenberg (Uniform, The Men, Pygmy Shrews), the LP sees Chain Of Flowers break free of their locality. “It’s been a drawn out but very necessary sonic exorcism for us,” explains Josh. “We are happy that it will see the light of day.” Chain Of Flowers is released via Alter on October 16th 2015.