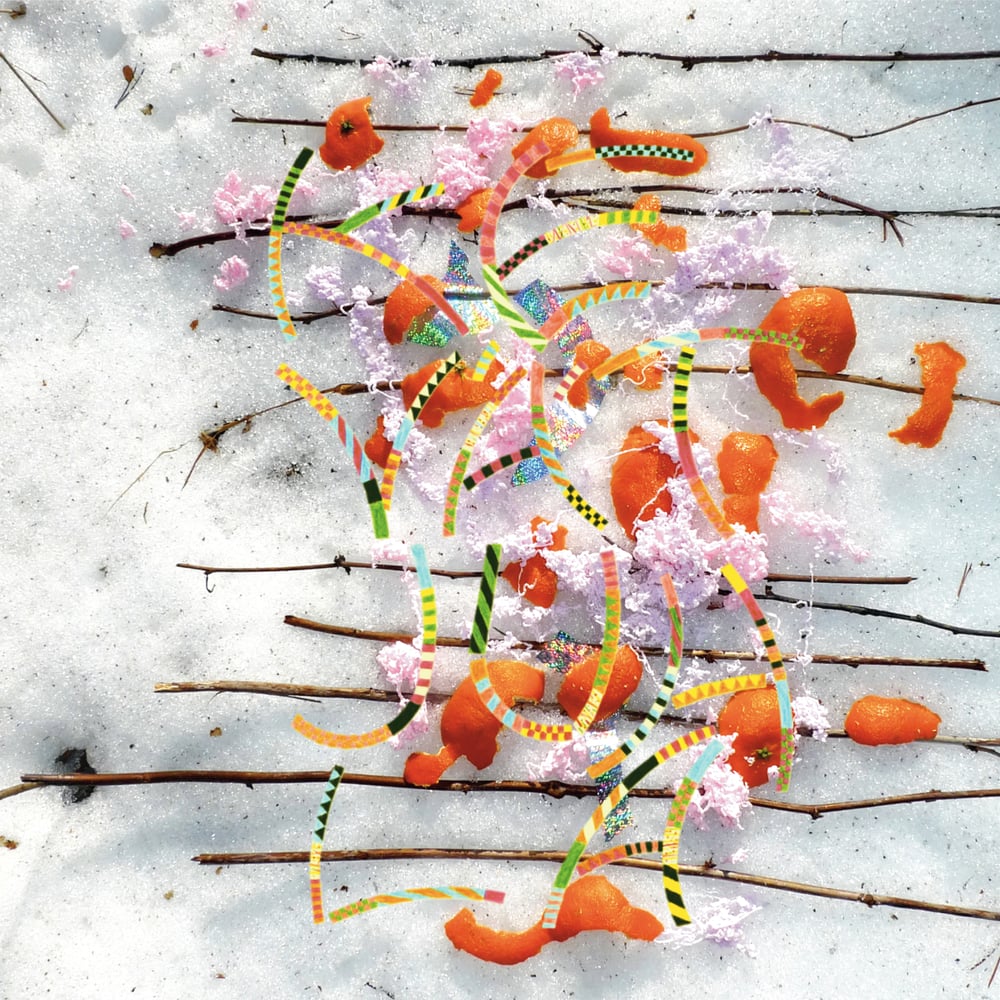 Finnish multimedia artist Jan Anderzén returns to Alter in characteristically singular style under his Tomutonttu guise. Kevätjuhla (translated as "Spring Celebration") is his second release for the label following a split 7" with Oneohtrix Point Never in 2010 (ALT02) and his first vinyl long player since 2011. Lately Jan has been busy within visual art, making mosaics, quilts and creating installation work for which the music of Kevätjuhla was initially composed. Inspired by the multitudes of mold and the microbial life, the installation Kevätjuhla was built as a listening station that sought a bond between sound, the earth and organic matter. Sound was sent to speakers through cables sprouting like stems from a pile of dirt with a single coleus growing on top. A graphic score of sticks, orange peel and party debris was hung next to the installation. The score is now visualised on the albums cover, rightly depicting the visual aesthetic of Tomutonttu.

In many ways Kevätjuhla is a landmark release for Anderzén as it sees both his visual and sonic practices coalescing as one. As for Tomutonttu specifically, it is a release that both acknowledges the projects past whilst also looking firmly to the future. Electronic and acoustic instrumentation blends together confidently and more refined than before with a minimal and razor sharp approach to production. Each track becoming an integral part of the records' trippy cut & paste narrative, leaving the listener wholly unaware when one bit ends and another begins. Despite the abstract way in which Anderzén composes, this is still music which has a pop sensibility placed fully at its core. A confounding array of musical references such as folk, hip-hop and the colourful nexus of Yellow Magic Orchestra could be thrown up here, but with Kevätjuhla Anderzén has ultimately created a form of music that goes beyond genre classification and fully into the realm of 'other'.